With the suspension of public worship, we are hoping to offer a series of reflections and prayers for church members to enjoy in their homes and to help us feel as if we are a community still worshipping together.

The most recent reflection will be displayed as text below. Earlier refelctions will be avaialbe to download in pdf form at the bottom of the page 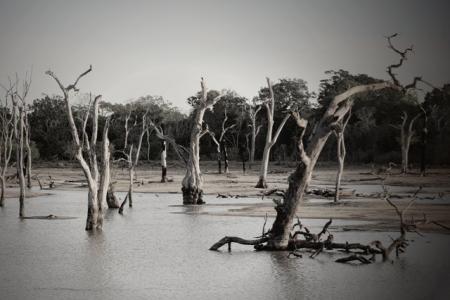 Reflections for a dispersed church


A few months ago I was planning the service and activities for the May Family Breakfast Club. That Sunday there was a reading from Genesis from the story of Noah and the ark, at a time when, for a couple of Sundays, extracts from this story was the set Old Testament reading. It is one of the longest Bible stories. It seemed at that time, when the coronavirus was rampaging outside as we stayed inside in lockdown, to be a particularly apt story for our time. Although there was one ark in Noah’s time, there did seem to be millions of other arks in which most of us sought shelter and protection. Another difference was that, unlike Noah’s time, there were many heading out of their arks in an effort to keep the rest of us safe. However, the story of God’s love and comforting arm seemed an appropriate one for our young families, and so they were encouraged to build their own arks at home where we were entertained by all manner of imaginative arks and animals. And, in a blow to those who challenge the authenticity of the Bible by asking “where are the dinosaurs in the Bible?”, a number of assorted triceratops, tyrannosaurus and other dinosaurs could be seen entering some of these home-made arks along with the other animals.

The rainbow at the end of the story was also a gift, with its association with the wonderful and dedicated work of our NHS, and so I asked the children to make a rainbow. It was only a few weeks later, as I watched the BBC’s lockdown production, “Staged”, telling of David Tennant’s and Michael Sheen’s efforts to rehearse a play via Zoom, that Georgia Tennant complained, a little more impolitely, “how may rainbows does a 4 year old have to make?” So belated apologies to the parents of our young families for inflicting this again.

Of course, time has moved on, we are starting to emerge from lockdown and, like Noah’s neighbours, but thankfully unlike Noah and his family, I seem rather to have missed the boat by not writing this back in May. As I said, Noah’s story is a long one, but one thing that struck me as I thought about the story is that the focus is the sin that drove God to bring the flood, God’s change of mind in saving Noah, his family and 2 of every animal, the sending out of the birds as the flood receded and the rainbow as God’s promise that he would never act in this way again.

Yet, as creation and our relationship with God was re-set, I wondered, what was going through the minds of Noah and his family as the gangplank came down, they stepped outside and began the task of re-building their lives and the world beyond? Where do you start? What are you going to do differently this time?

It has been a feature of life in lockdown that many have come to see things differently – the world outside, our communities, the work-life balance, our environment – and promised that things would change when eventually we emerge from lockdown, from our arks. But, of course, the experience of lockdown has not been the same for everyone, nor have or will the consequences. As life starts to return to some form of “normality”, it is likely that many of those promises to ourselves will evaporate, we’ll become disheartened and disillusioned that nothing has really changed, especially, as seems likely, things become a lot worse before they get better, or there is a second or subsequent wave or waves of the virus.

As always, we can look to God for an example of how to respond to or cope with this situation. One obvious question from the story is: if God brought the flood and determined to destroy humanity and the rest of creation because of sin, if He promised not to do this again, was He somehow more accepting of sin? And, if so, what does it say about God’s constancy?

One thought is that the story is not so much about God’s judgment as His salvation. Another that God took this step out of sorrow and disappointment rather than anger and vengeance. It shows a God who commits to the future of a less than perfect world. A God who is open to change and doing things in new ways. God grieves for the sinful world and takes the suffering on Himself, the ultimate expression coming with the sending of His Son, Jesus, to live with us, and to suffer and die for our sins. Genesis is only the first book of the Bible, and Noah’s story comes at the start. The rest of the Bible, and our experience of God and the world since, shows God’s commitment to the world and His creation despite our sin and our resistance to Him. But it is also His commitment to trust in and work through humanity, despite all our failings.

We may have already become daunted by the challenges we now face, or disillusioned that changes are slower or more difficult that we’d hoped, or have not really changed at all. But we should have faith in the example of the God of patience and tolerance, of the God who wants to work with and through us to achieve His purposes. And that we too can work for a better world, to continue the work towards His Kingdom here on earth – so let’s dust down those post-lockdown plans and set to work.

A ventilator for all? - Paul Allton

A reflection of Psalm 104- Sophie Sutherland

Lessons from an Icon - Paul Allton

Light at the end - Paul Allton