“The streets of the city shall be full of boys and girls playing in the streets thereof” - Zechariah 8v5. 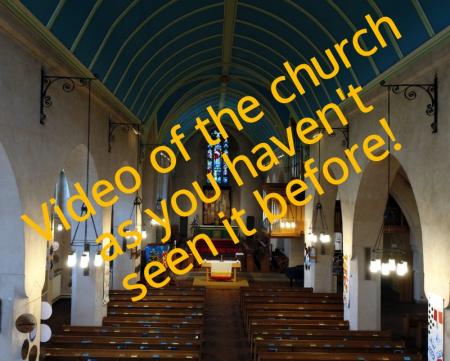 Bromley Parish Church has a magnificent main worship area as well as three small chapels and other rooms which are used for worship services and events.  The church was rebuilt after being destroyed in the war. The tower was the only part of the building that remained standing and dates from the 14th century.

At the rear of the nave stands the Baptistry.  The font provides a major link with the past as the basin is of Norman origin.  The inspiring window above the font emphasises a main priority for the church to welcome children into this worship space and community “The streets of the city shall be full of boys and girls playing in the streets thereof” - Zechariah 8v5. 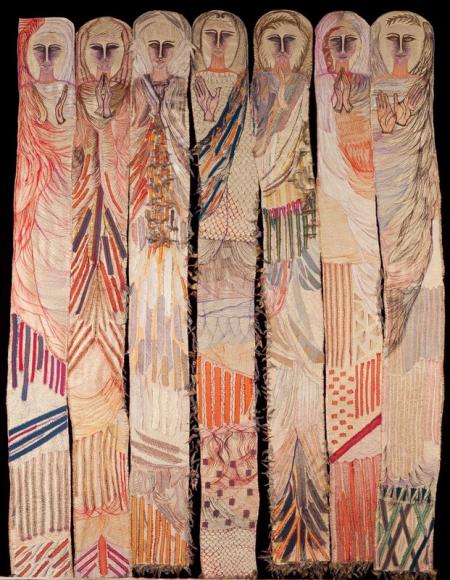 The Pulpit depicts the four evangelists and was a gift from the “Bishop’s Men” of the Diocese of Rochester in New York State.  It features 2 church mice, the trade mark of the workshop of Robert Thompson. If you look carefully on the side nearest the choir you will find a small carving of a gibbon scratching its head, an amusing reference to the architect J Harold Gibbons.

In the North Transept is the Te Deum window which depicts the apostles, prophets and martyrs and “The whole church throughout the world”

The main features of the sanctuary are the Reredos and the stained glass windows.  High above the altar is the east window and on the north wall the 'Resurrection' window showing the new church rising from the ruins of the old and including the inscription “I shall rise again by Spirit and by faith”. The Seven Angels Reredos was designed  and worked  by Susan Riley.  Commissioned in 2000 it took two years to complete and was inspired by the angels of the seven churches to whom letters are addressed in the first three chapters of the Book of Revelation. 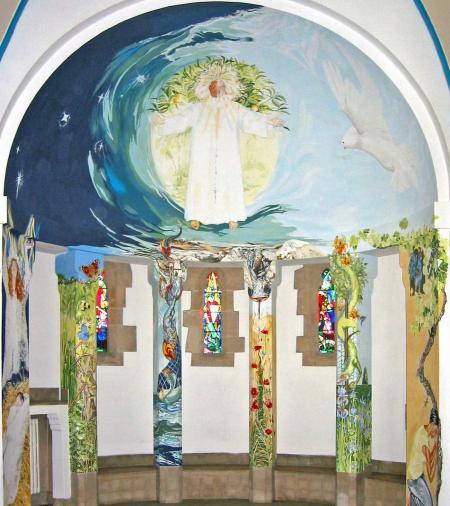 The Children’s Chapel is open every day for private prayer and many visitors come each day and pray and light candles.  It is used for morning prayer and mid-week communion as well as for the worship part of the Family Breakfast Club.

The main features of the Children’s Chapel are the stained glass windows and the dramatic mural designed and painted in 2007/8 by Alison Hodson to make it a more inspiring worship space and to evoke an open invitation to all to approach God’s throne of grace.  The mural was dedicated to May Stevens who died in 2000 and taught the children of the church for many years in the chapel.  More pictures of the mural can be found The Church Gallery section.  The mural is described in detail in the document to be found here.

The Eastern window on the north side is in memory of Hazel Kissick, a sixth former who lost her life whilst fire watching during the air raid which destroyed the church. A video on Hazel Kissick by Charlotte Bill can be found here.   The four windows in the apsidal east end of the chapel represent four Archangels appearing in the Bible and its Apocrypha: Uriel, Gabriel, Michael and Raphael.  The windows are described in detail in the document below.

The Lady Chapel is next to the main sanctuary and is used for early morning Sunday Communion services and other small worship services such as compline.

The Resurrection Chapel is a special prayer space situated within the tower and reached by a narrow spiral staircase.  It is used for some of the younger people’s meetings and preparation for First Communion and private retreats and prayer.

The Ambulatory is entered through the main north door over which is a figure of Christ the King. The ambulatory contains a number of memorial stones and brasses, most of which were salvaged from the ruins after the bombing.

The large dark gravestone is in memory of Zachary Pearce, a former Bishop of Rochester for 18 years. He died in 1774 leaving £5,000 to Bromley College to pay the stipend of the College Chaplain  and some extra for the clergy widows living there.

A small dark gravestone next to Bishop Zachary Pearce's is that of Elizabeth  (Tetty) Johnson, the wife of Dr Samuel Johnson.  The church has another literary connection; church registers record the baptism of Herbert George Wells on 21 October 1866 who was born at the top of the High Street where Primark is now!

Buried in a niche in the ambulatory are the ashes of four people closely connected with the rebuilding of the present church: J. Harold Gibbons the architect, who died  on 30th December 1957 just 16 days after the completion and consecration of the church, Canon Murray Walton who was vicar during the rebuilding period, and his wife; also the ashes of Edward Horton the verger during this time 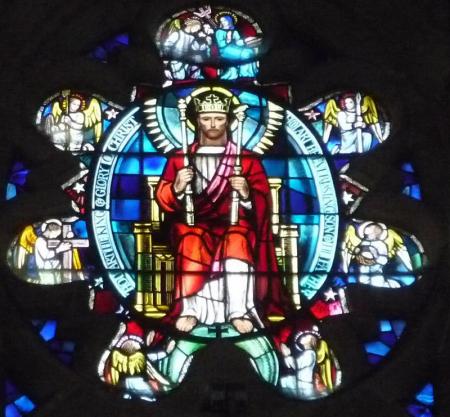 The church has several beautiful stained glass windows in the Children’s Chapel and in the nave and sanctuary. The best of all is considered by many to be the ‘Te Deum’ window above the north door.  Their inscriptions of God’s mission and praise throughout the world, the joyful play of children and the resurrection life through Spirit and faith provide a vibrant reminder to the church of its aims. The windows are described in more detail in the two documents to be found below.